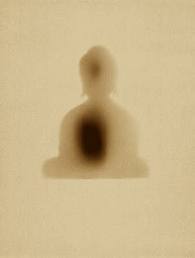 My yoga journey began over a decade and a half ago when the frazzling business of film-making sent me in search of calmer shores. Looking to unwind and recharge, I signed up for yoga classes. But it was slow going at first. As I struggled, fumbled and trembled my way through, I was preoccupied with the sheer physical execution of poses. Then, like so many beginners, I became obsessed with alignment, and the idea of doing yoga “right”.

But eventually, as my body learned the postures, and with the constant reminders from my teacher to breathe and note the sensations in my body, things began to change.I began for brief fleeting moments to inhabit a state of being I had almost forgotten, a state of calm relaxation and pure pleasure in being. I discovered the more I was able to move past the judging thoughts of my mind and enter the sensations of my body, the better I felt after my yoga practice.

I felt energized, clear minded and peaceful, as if I had tapped into some wellspring of vitalizing energy. Which of course –was exactly what I was doing.

Since then I’ve been hooked. Over the years I have studied a variety of yoga styles including Hatha, Iyengar, Ashtanga, Kundalini, and Yin Yoga, and become a certified yoga instructor. Today my conviction that yoga is a healing technology par excellence is leading me to pursue certification as a Yoga Therapist.

I think the most important thing I’ve learned – and am still learning, is that yoga is not about achieving perfect poses. It is about inhabiting the body as sacred space. In yoga the body is seen as an instrument of spiritual practice because as the great modern guru B.K.S. Iyengar put it “The needs of the body are the needs of the divine spirit which lives through the body.”

In yogic philosophy all matter contains a spark of divine light, and yoga is about fanning this spark into a flame. The ancient yogis knew spirit energy as the power of life itself and viewed yoga as a form of active communion with that power.

They believed yoga saturated the body with regenerating life force, activating our vastly under-utilized capacities for healing, longevity and psychic development. And its beginning to look like the ancient yogi’s were right. Today studies conducted by universities around the world demonstrate yoga’s powerful abilities to rejuvenate, heal and transform.

Now I am no expert. At all. And I freely acknowledge that we teach what we most need to learn. But I am also bound to the credo, as my teachers taught me, that one must teach what you know. So with this paradox in mind,  this blog attempts to share what my fifteen year relationship with yoga has taught – and is still teaching me. That said, it will also occasionally wander further afoot into metaphysical conjectures. I hope it serves to tell you who I am as a teacher and the philosophy behind the classes I offer.

So join me as I take a paradigm shifting voyage through the ancient traditions of enlightenment, to rediscover the “body divine” in the light of modern day science. Here I explore how research in fields as diverse as epigenetics and neuro-theology is revealing what the ancient yogi’s long knew, we have a “biology of immanence” evolving within us.